here's three of my most recent sketches... 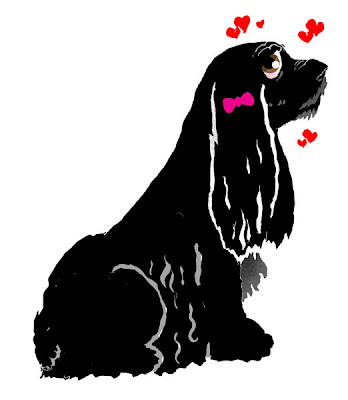 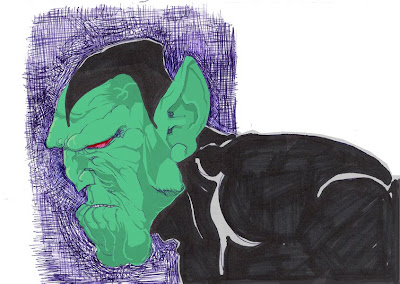 Skrull- (all my comics nerds will understand...) 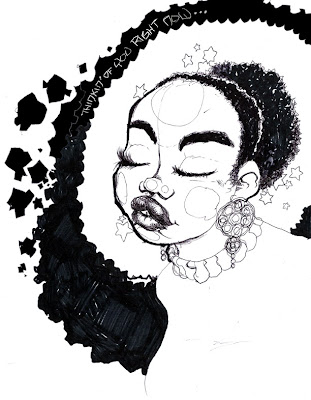 meet me at Cape, may 3rd in Dallas

the comic book industry has branded the first saturday in May as "Free Comic Book Day", best observed in the city of Dallas at CAPE, the comics and pop-culture expo. CAPE 4 (peep www.CapeDay.com) takes place on Saturday May 3rd at Craddock Park from 10am-6pm in the heart of Dallas. This festival of comic and comic art includes more than 80 comic book writers and artists for a free afternoon in the park. With several thousand attendees and over seven thousand free comics, CAPE has grown to be the world's largest Free Comic Book Day event.

"It's an incredible honor for my hometown to recognize my work and the work of my peers while we reach out to the community for CAPE," said Scott Kurtz, CAPE host and creator of the web strip PVP, which will be celebrating its 10th anniversary at CAPE. The marriage of the two prominent PVP characters will be marked at the event by a wedding guest's registry book. "I would like to invite all of my fans and the CAPE attendees to sign the guest book for Brent and Jade," said Kurtz. 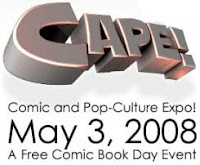 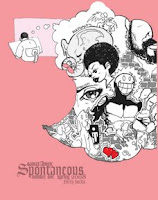 i'll definitely be there this year, peddling my new book, Spontaneous. mention this blog and i'll hook you up with a free sketch! For a complete list of guests and to view the proclamation go to capeday.com or call Zeus comics at 214-219-TOYS.
holla!
samax.
-Ziontific.com
Posted by Samax on Wednesday, April 23, 2008 No comments:

go check out Imara TV, the internet television channel for women of color. it's one of the many brainchildren of my client Kirk, who commissioned me for the logo (seen here). it's one of my favorite logo designs i've done!
holla!
-ziontific
Posted by Samax on Friday, April 11, 2008 No comments: 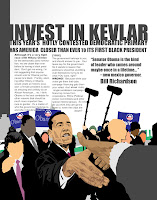 so if you didn't already know, i'm making a magazine called ghettoManga Quarterly, written and designed by me, that will be out very soon. i am keeping it under my hat for the most part, but since you're here, peep the first page of a Barak Obama article i wrote and designed. feel free to comment (if you do, i will respond!).
peace, love, etc.
samax.
Posted by Samax on Friday, April 11, 2008 No comments:

Dencon went great! i sold out of Spontaneous, so i'ma re-up with the printer, to be ready for CAPE, and i met tons of cool. much love to my man David Hopkins (Karma Incorporated, Antigone, Emily Edison) for passin' that email along hippin' me to the show! Charlene and i had a blast revisitin' the alma mater and meeting and making fans!
speaking of fans, i promised i'd make this Spontaneous Sketchbook Poster available for purchase online, and i wanna keep my word! cop this 11x17 joint for the paltry sum of $10 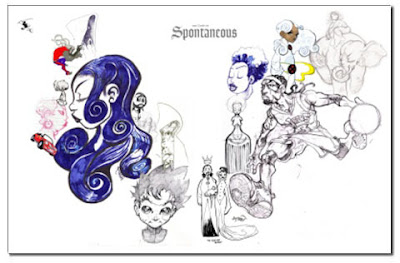