If This is You, go away NOW! 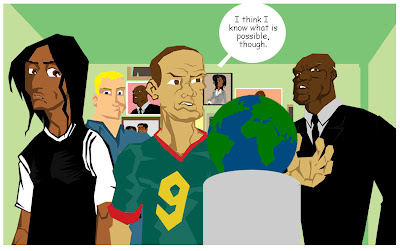 greetings bredren and sistren! right now, i'm in the middle of a comics-drawing(and coloring and lettering) MARATHON... i'm not even SAYING how many pages i gotta knock out tonight, but i will say the mission is to wrap up the graphic novel i been working on TONIGHT (that's the kinda stuff i do when my wife is off on mondays)... check back on monday and ask me how many pages i did this weekend. i will be PROUD to tell you, but i can't jinx myself right now!
holla!
-samax
Posted by Samax on Sunday, May 24, 2009 No comments:

it's starting to get REAL! 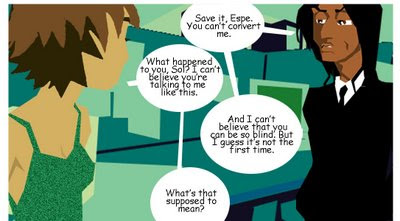 yo... i'm working hard these days, tryn'a wrap up this graphic novel asap. here's a panel from page 67. the client is really wanting me to go as fast as possible, but the story is so well written that i find myself wanting to do it justice... what a dilemna to be in, huh? so i'm cutting corners where ever i can, but it's getting to a really juicy place in the script! ah, what's a boy to do?
anyways, just wanted to check in with you (yeah YOU!) and keep you in the know...
-samax
Posted by Samax on Wednesday, May 20, 2009 2 comments: 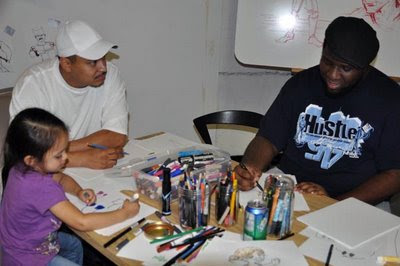 photos by Carolyn Collins.
you know I love kids... it has only gotten worse (or is that better?) since i had one of my own. so when my boy Mike asked me to participate in the Arts Workshop he had set up for this past Saturday, i was ALL over it! 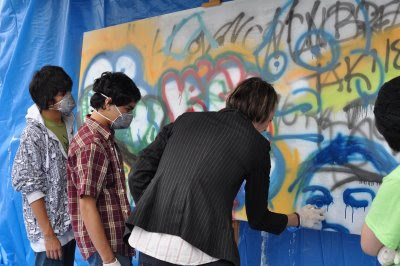 the event was at the Deep Ellum Community Center in downtown Dallas, so i saddled-up rolled out. even though i had to be there at the ghastly hour of 8:30 am (yes, freelancing from home has spoiled me) i was actually on-time and ready to rock! and rock it did! Mike and I did a drawing demonstation, but there were painters, a potter and graf artists in the house sharing the love of the art with these kids, who were mad eager to learn and show what they could do as well! 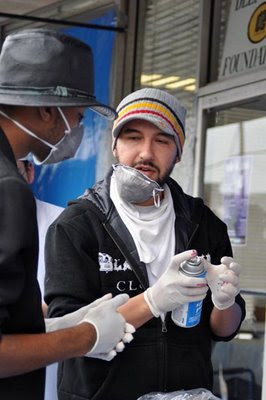 it's very rewarding to get a chance to touch somebody's life, especially kids. Artists are so seldom seen as valuable for teaching kids not only about art but also about life in general, but that's what makes artLoveMagic cool, 'cause that's what we do. i encourage artists to look for opportunities large or small to teach what they do.
peace,
-samax
Posted by Samax on Sunday, May 17, 2009 3 comments:

Email ThisBlogThis!Share to TwitterShare to FacebookShare to Pinterest
MORE>>>> artlovemagic, Dallas, for the Kids, shows 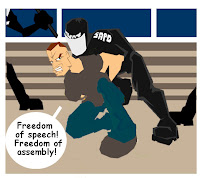 one of the downsides of being a freelancer is that you don't get sick days, so i've been drawing through my flu-like symptoms (which my doctor insures me are not Swine-Related) as much as possible, trying to knock out more pages and get to bed. i do take breaks to play with my daughter, watch teevee, read comics (and write reviews like this Kill Bill joint) etc. 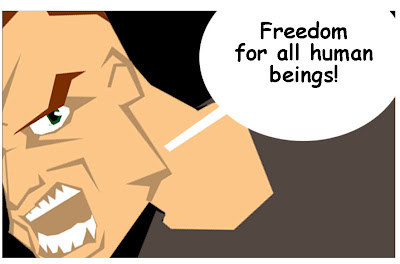 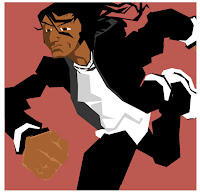 anyways, i made mad progress today, so yay me! So here's a couple panels from the comic i'm working on now. i'm about 2/3 finished with it, and completing pages much faster than when i started. as much as i appreciate the assignment (and the money!), i'll breath a big fat sigh of relief when it's done. it looks like i will be getting more work after this from the client, so i'm excited about the light i see at the end of this tunnel. oh well, i hope everyone had a good saturday! now i gotta get back to my orange juice and drawing board...
holla!
-samax.
Ziontific.com
Posted by Samax on Sunday, May 10, 2009 No comments: 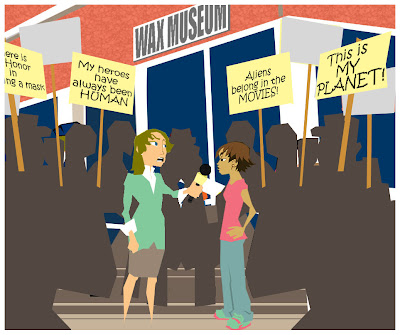 greetings, party people! congratulate yourself for getting through monday alive! i've been sluggin' away on my freelance project, watching a lotta basketball games, and trying to master the art of twitter. jury's out on that, but here's a panel from page 55.
so i did an in-store appearance at a comic shop this weekend, drew some tight sketches (pix coming eventually) and was blessed with a gift card with which i copped a bunch'a swag, including that GI JOE:ORIGINS and a couple Un-Men trades (both featuring art by that dude Mike Hawthorne... i'm a Hawthorne fan for real right now dunny!) i'll review the Un-Men joints (on ghettoManga) once i finish 'em, but one chapter into the first one, i gotta say, they're pretty hot. also got the rest of that Black Lightning:Year One... so expect a review of that soon too... anyways, just wanted to dip in, case anyone was watching! back to the drawing board!
holla!
-samax
Ziontific.com
Posted by Samax on Wednesday, May 06, 2009 No comments:

remember when i had free time?

She Who Shall Not Be Named by samax. done with adobe illustrator.
yeah, so when i first got on mySpace, i did a lotta these portraits, experimenting with techniques. this one is of my friend Dee. the title was her mySpace handle at the time... but people have made a lot out of it, and i always enjoy people's interpretation of my work, even when they're wrong.