Because you care, here's My Top performing Images for the last quarter... 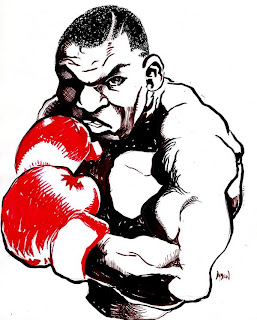 For the first time in a while, my dog ISN'T the top selling image of all the designs I have on Cafe Press. There's a three-way tie for the top spot in units sold, and those images are listed below. Honorable mention goes to Iron Mike, which moved a lot less units than the images below, and yet accounts for almost as much loot, because the items it sold on had higher mark-up on average. Thanks Champ! Anyways, these are my highest selling images (both in the Ziontific shop and in the CP Marketplace) over the last 90 days...

I made Make Hoops, Not War as part of a series of images addressing the notion of patriotism and nationalism in the United States. This image got a big shot in the arm in the late summer, maybe boosted by the spike in sports-themed patriotism that always accompanies the Olympic games.
Daydreamer is still my most popular image of all time. I created this image in the late nineties, and have been selling postcards, greeting cards and posters ever since. The 11 x 17 print still sells well (for around $20) at my art shows, but it had fallen out of favor with my internet customers for some reason. Good to see this old reliable piece reasserting its dominance!
I drew the sketch that Couple of the Year is based on at the mall people watching. It's based on a real couple that I foulnd equally adorable and easy to draw. This piece is actually the first piece I ever created with Adobe Illustrator. I used to print cards with Couple of the Year, but no one ever bought them, so I started giving them to people who liked them. Recently the image has found some traction on coffee mugs, hence the spot on this list. Hopefully it's a permanent surge, and this piece is finding it's audience.
Time will tell...