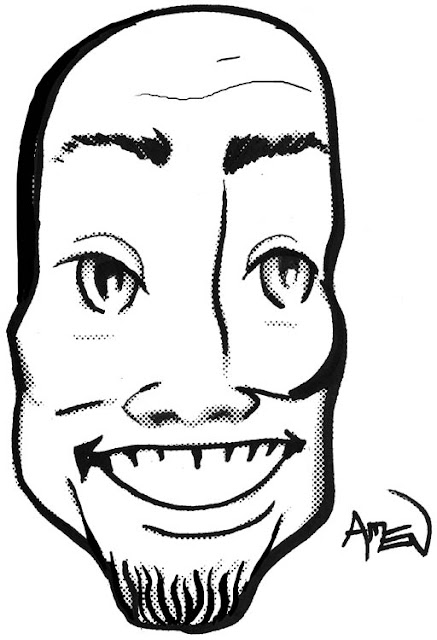 I don't know anything about Khalid Birdsong, except that he was one of the first 30 backers of the Champion of Children Kickstarter Campaign, and that as such he earned this free caricature! Unfortunately, since I don't know him, I have no way to reach him. If by some chance you DO know him, please pass the link along, would'ja?
Thanks.
[EDIT: Searched and found him on Facebook. He's an art teacher, which means he's probably awesome]
[EDIT #2: Turns out Khalid draws a hilarious webcomic about living in Japan called Fried Chicken and Sushi.]
Anyways, I drew this with a watercolor brush marker and a medium sharpie pen on cheap computer paper. The marker was a pink one, but I desaturated it in photoshop and converted the resulting grey tone to a halftone screen, 'cause that's how I roll.
Hope you like it!
Peace,
-Samax
Ziontific.com 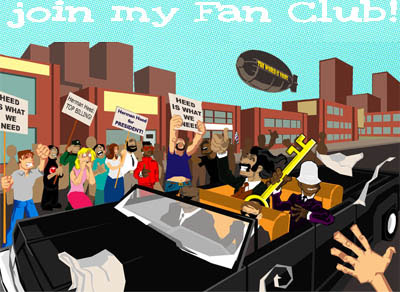