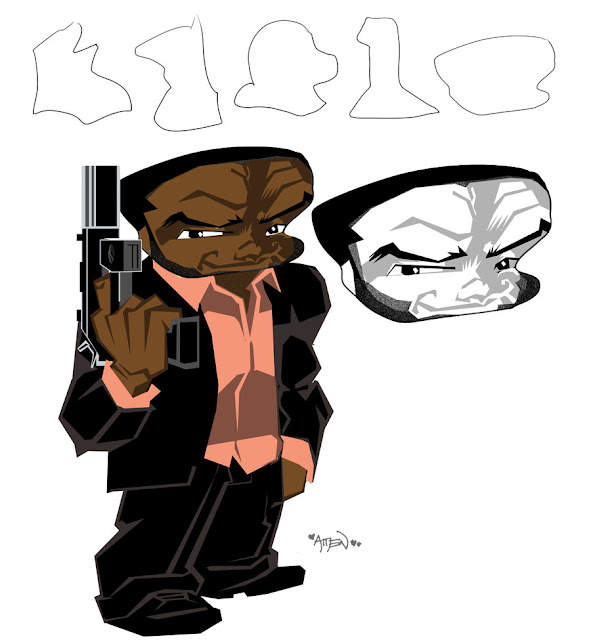 Here's my latest piece for the Weekly Character Design Challenge.

Raymond Jenkins was not a particularly talented child actor, but because he had a condition that caused him to look like a small child into his teens, he eventually landed a starring role on the hit sitcom "Havin' Thangs" at 14 years old. Unfortunately, once the show's 10 year run was over, there was no work for this little man with the famous child's face. -->

After multiple tries at coming back and taking on demeaning roles that reduced him to a bitter has-been that people were laughing at and not with, Ray was ready to cash in his chips. But first, the strung-out actor answered an ad in the paper from a nameless agency willing to pay well for volunteers.

Ray joined an agency that trains and leases freelance hitmen to the US government, and wouldn't you know, Ray was VERY good at it! Now Ray is back in the fast lane, making great money and backed by the best tech support and intel money can buy.