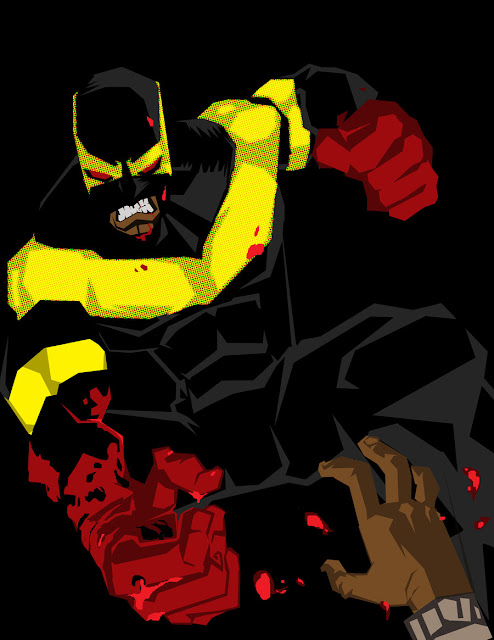 Dark Phoenix by Samax Amen
This piece will mean more to you if you've read this, but the short version is that Phoenix Jones is a real live costumed crimefighter who runs around foiling petty crimes and such  in Seattle. Already something of a folk hero in Seattle, Jones was actually interviewed on Good Morning America, alongside other members of the Rain City Superhero Movement.
After the art auction Saturday night, I hung out with friends at an all-night cafe and we had the most hilarious conversation ever about this dude (two words: Bathrobe Ninja). If someone would have videotaped that conversation, we could'a won an award or something! But one of the things that was said was, no matter how this ends (and I'm convinced it will end badly), it is definitely pretty awesome...
Anyways, I drew this last week as a warm up. Hope you like it!
-Samax
Ziontific.com
Posted by Samax on Monday, January 24, 2011