Drawing comics is HARD and stuff 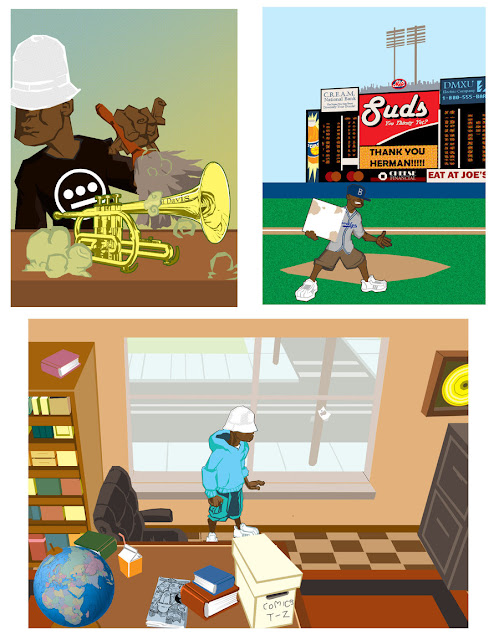 
I've been feeling under the weather lately. Sleeping more than normal (for me, anyways) and just generally exhausted and stressed out. It's probably just fall out from driving to STAPLE and back on the same day. I'm doing better now though, and working to get caught up on Herman Heed. Here's page 4 of the story I'm working on (above). People watching for the Weekly Character Design, I regret to inform you that it's going on hiatus for a bunch of reasons... but I'm behind on Herman Heed, so that's reason enough, I guess. Since I posted here last, I was invited to participate in a sketch blog called Metrosketchual made up of local DFW area cartoonists, so I will have stuff to work on to warm up in place of the WCD. I'll always make sure to post those here as well.
Anyways, I gotta get back to ye olde drawing board!
thanks for stopping by...
-samax
Posted by Samax on Saturday, March 13, 2010