Would you pay to read a comic about an African time-traveler who meets Harriet Tubman on her deathbed? Yeah me too... If Jay Kelley gets his way, we may all get the chance...
I did this for the talented Mr. Kelley, a Houston-based writer and stand-up comedian I met on Facebook, whose status updates are always thought-provoking and hilarious! Anyways, like all other cool people, Jay loves comics. He's working on story about a time-traveler called The Brother and commissioned me to draw this piece for a story where the Brother meets Harriet Tubman (Google her, kids). I don't know if he is going to do a comic or a novel or what, but based on the brief synopsis he gave me, it's gonna be awesome! 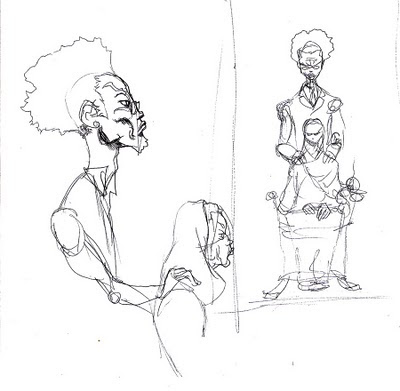 I started out with a profile, then roughed out the concept on the right that went into Photoshop for the final piece. I kinda like the profile view better as a drawing, but had my heart set on the intensity of the straight view. Oh well, maybe he will tap me to do more drawings of the character... 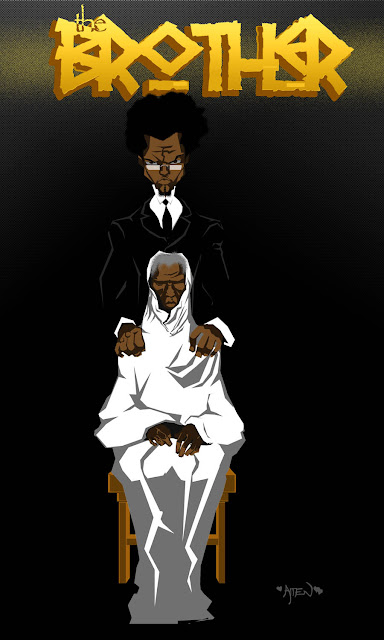 I'm hoping he to see more of this character, whether he commissions me to do it or not. Hope you guys enjoy the drawing! But I definitely recommend finding Jay on Facebook.
holla!
-Samax
Ziontific.com
Posted by Samax on Thursday, February 10, 2011

The shadings on the fingers are awesome. And the hair looks so natural. That's how ya do it!

thanks, guys! I hope he does the comic, because it sounds extremely cool to me, too!

This came out tight. Yeah, I hope this project comes out.